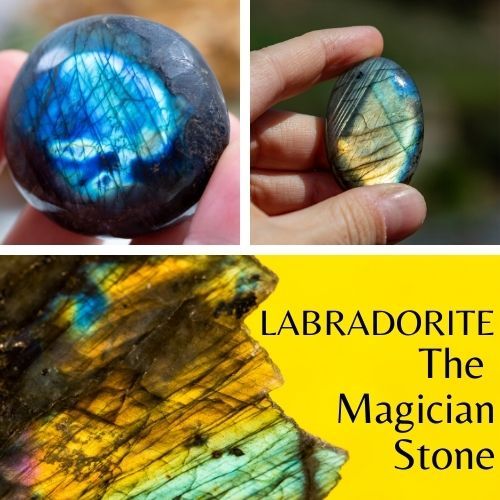 “Magic, do as you will!” ~Schmendrick the Magician, The Last Unicorn (film version)

Labradorite was named after Labrador, Canada, where it was originally discovered. From this northern region, the Inuit people have passed down the story that the Aurora Borealis became trapped in a dark stone. An Inuit warrior came across the lights and freed them by smashing the stones with his spear. However, he could not free all of the lights, so some remained in the stones to become what we know today as Labradorite.

In some native cultures of Canada, the northern lights are believed to be ancestral spirits watching over us, and in this way Labradorite carries their wisdom. Although I could not find a primary source of this legend, it could easily be an etymological story explaining the origin of Labradorite considering the comparable flashes of color within the stone to those found in the night sky.

This flash of color is known as labradorescence (an optical phenomenon named after the stone). Labradorescence occurs because of a variation in the mineral’s chemical structure. As the Labradorite crystallizes, some layers are more calcium-rich and others are more sodium-rich. This slight variation causes distinct planes, or lamellae, to form in the crystalline lattice allowing for the processes of refraction and destructive interference to occur.

Each of these minerals has a slightly different composition, but all belong to the Plagioclase Feldspar series and are represented by other more common gem names. For example, Oligoclase can sometimes occur as Sunstone, while Albite is oftentimes the composition of Moonstone! Bytownite, on the other hand, is sometimes known as “Golden Labradorite,” which is a misnomer and misleading as Bytownite and Labradorite available on the market have distinctly difference appearances and compositions, but is a beautiful stone nonetheless!

The Feldspar Group includes Moonstone, Sunstone, Amazonite, and Labradorite, each of which is associated with the Moon, Sun, Earth, and Universe, respectively. Just as the Universe contains all the celestial bodies, so too does Labradorite represent a mixing of all these stones’ energetic properties and more. Representing the universe, and by extension Source, Labradorite contains all the energies needed for manifestation.

Labradorite teaches us that although our desires do not always manifest in the way that we want, the Universe always provides us with what we need. Schmendrick the Magician, from “The Last Unicorn,” learned his mantra by realizing that by trying to control the outcome, we often mess up the magic. By learning to focus on the outcome and relinquishing control to the magic of the Universe, we bring about the most powerful of miracles and manifestations. Labradorite helps us do just that by combining the celestial, elemental and ancestral bodies of the Universe into one stone that we can meditate with and focus our intention on.

The beauty and wonder of the labradorescence pulls us out of our conscious mind and allows us to relinquish control, and this is when we can receive guidance and empowerment. In some cases even a physical manifestation of our need can occur, but we must remember not to expect it in a certain way. Magic, do as you will! 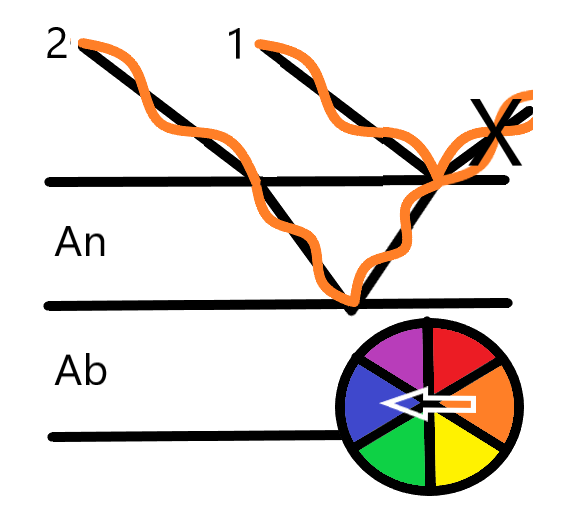 This phenomenon occurs when two wavelengths are equal, but out of phase with each other. They cancel each other out, and create a new wave!

Schmendrick and The Last Unicorn 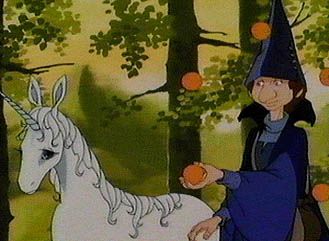