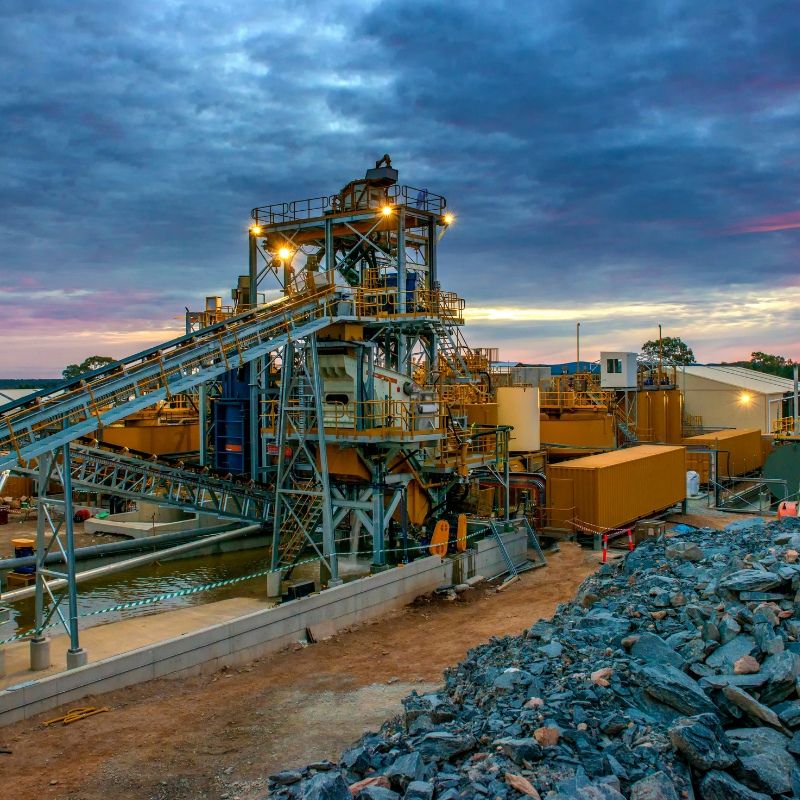 With only three months of non-freezing weather and a treacherous terrain, one could imagine that northern Russia was the Ninth Circle of Hell as depicted in Dante’s Inferno. It is no wonder that Siberia’s mineral resources are still vastly unexplored. Many mining companies find that the risks outweigh the value of many of the potential mineral resources. Some of the challenges faced by mining companies in northern Russia include (1) subzero temperatures most of the year that make physical labor near impossible, (2) a difficult landscape with many mountains, valleys, rivers and lakes to traverse, and (3) sheer distance from civilization requires that any mining operation be completely self-sufficient while in production. Since these challenges prevent large-scale gold and oil companies from exploring and mining in Siberia, it should come as no surprise that small-scale gem mineral miners produce very little material at very high costs in a given year. Many obscure gemstones were first discovered in Russia, including Charoite, Seraphinite and Shungite. Of these three, Shungite is the most readily available and, likely as a result, the best known.

Shungite is a black, lustrous noncrystalline carbon-rich rock that is popular today for use in filtration systems, to prevent interference by excess energy such as electromagnetic fields (EMFs), X-rays, etc., and by healers to protect against negative energy. Originally discovered in the village of Shun’ga in Karrelia, Russia, this material is known to have a biogenic origin having formed from metamorphosed petroleum source rocks. Although temperatures regularly drop below freezing in this region, its proximity to the ocean helps to regulate temperature and precipitation. Because of the growing demand for this material and the less extreme conditions in which it can be found, Shungite has continued to grow in availability.

Charoite and Seraphinite, on the other hand, remain to be relatively unknown to the general public despite their pronounced beauty. Charoite, name for the Chara River in Siberia near which it was first discovered, is a rare lilac-colored silicate mineral with beautifully swirling chatoyancy. This material only occurs in one locality, but whether that is because of an inability to explore further or because of it forming from a contact metasomatism between a syenite intrusion and altered limestone remains unknown . Despite being sought after by lapidaries for use in jewelry due to its unique beauty, Charoite also holds many mystical properties. The general theme of Charoite’s properties is “humanity”. This stone connect our Heart and Crown chakras, opening us up to loving and accepting others unconditionally by recognizing that everyone is exactly who and what they should be at any given moment.

This stone connect our Heart and Crown chakras, opening us up to loving and accepting others unconditionally by recognizing that everyone is exactly who and what they should be at any given moment. Charoite accomplishes this unconditionality of love by affecting our emotional, intuitive and analytical selves simultaneous, allowing us to fully understand ourselves, others and the context of every interaction simultaneously. This stone could very well offer a key component to healing our planet, but unfortunately is highly limited in availability, making it difficult to find and expensive (although well worth it) when you do.

Seraphinite, named after the seraphim order of angels because of its feathery chatoyance, belongs to the Chlorite group of minerals. Seraphinite is a green variety of Clinochlore with wispy white chatoyancy that occurs because of clinochlore’s fibrous crystal habit. Mainly found in eastern Siberia, Seraphinite has limited availability akin to Charoite. Interestingly, this mineral also occurs as the result of contact metasomatism in a skarn deposit (to learn what a skarn deposit is, CLICK HERE*) and thus is just as rare and costly to find. Seraphinite is not sought-after lapidaries nearly as much as Charoite, but it still a popular stone for jewelry and carving. Seraphinite holds as high a regard as Charoite, if not higher, to the metaphysical, new age community. Energetically this stone purifies the aura, chakras and all energy meridians allowing for healing and heightened states of consciousness to be achieved. Much more a stone of the individual, Seraphinite allows for meditative communion with the angelic realm and provides insight into the changes that need to be made in one’s life to achieve wellness. Seraphinite simultaneous protects our hearts while allowing them to remain open and loving.

Due to the impacts of global warming many mining companies and small-scale miners are anticipating being able to access Siberia more regularly. With this extended access, new deposits of material could be found and more easily produced making the material more affordable in the far future. However, currently it is still unknown if any more Charoite or Seraphinite even exist beyond the few localized deposits that it comes from. Therefore, these two gems will likely continue to increase in price much as Alexandrite has throughout the decades. Despite the effects of global warming, we cannot anticipate that any miners will be rushing to increase production of these Russian gemstones because of their niche appeal. Shungite, however, will likely continue to be produced and readily available with new deposits still possibly undiscovered.

*Metasomatism occurs when a hot, volatile-rich magma intrudes into preexisting highly reactive rocks (usually sedimentary) or unconsolidated sediments. When the fluids from the magma enter the other rocks they carry with them elements and fluid components that were not in the sedimentary rocks before. This process results in alteration of the preexisting rocks and the formation of new minerals that can only occur when certain conditions and compositions are present. The minerals that form differ depending on the composition of the magma and the composition of the preexisting rocks as well as the depth, temperature, and amount of volatiles present at the point of contact. This process is generally limited to a specific point of interaction known within a geologically small area and is thus known as contact metasomatism. The deposit that results is known as a skarn.