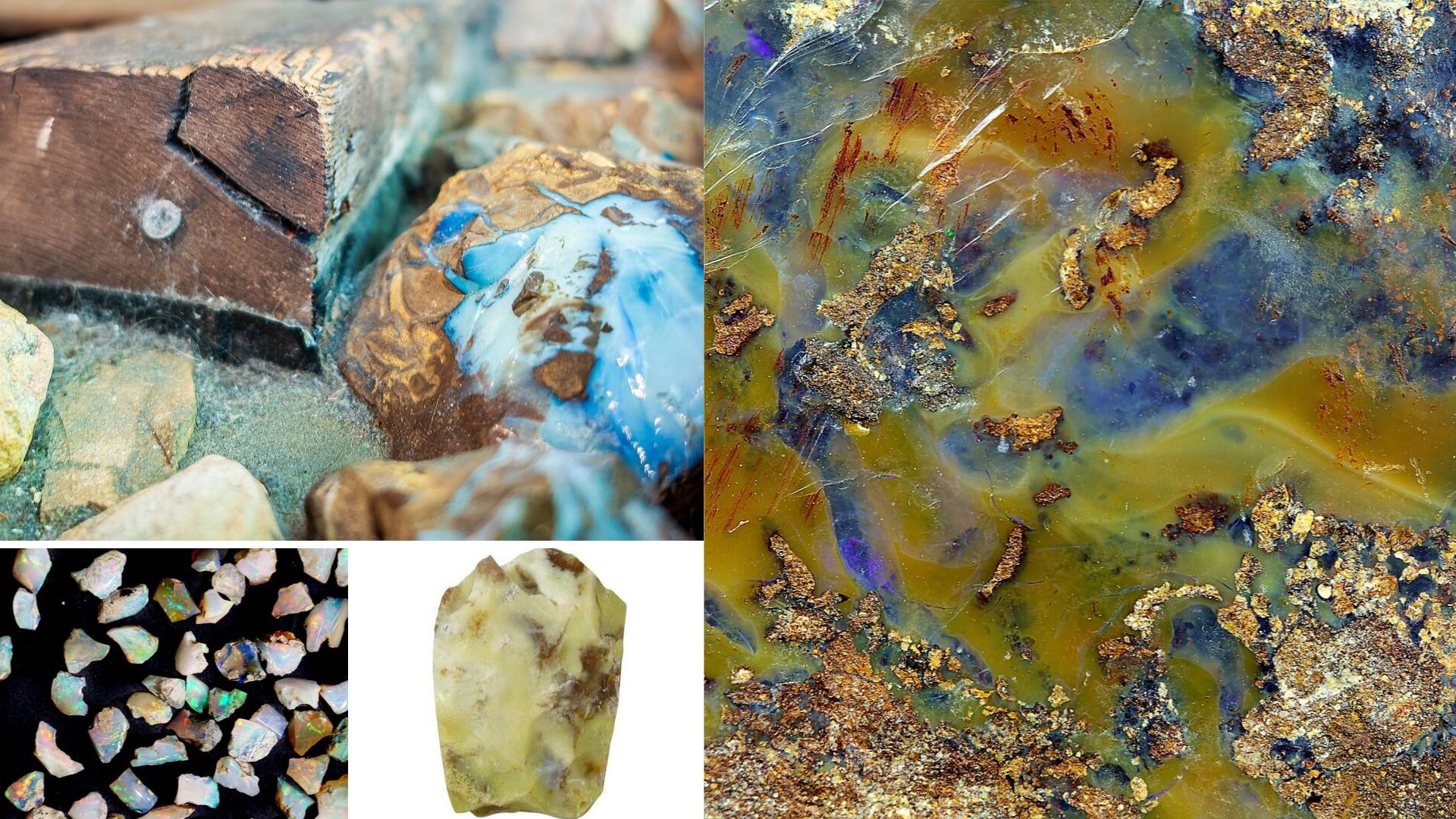 Opals Under the Oculars

Although Opal (SiO2*nH2O) has a similar chemical formula to quartz (SiO2), it does not possess a crystalline lattice and is therefore not a mineral like quartz. The lack of a crystalline lattice and presence of molecular water also makes Opal much less durable with a hardness of 5.5 compared to 7 of quartz and with a propensity to crack when exposed to heat or pressure because of interstitial water (a volatile) trying to escape the stone. It must also be noted that not all Opal possesses the play-of-color and can occur in many different body colors. Click HERE for more info on Opal terminology and types.

According to Knuth’s Gems in Myth, Legend and Lore, the idea that Opals are unlucky is a relatively young superstition that began in the 19th century. With little doubt all historical writings of Opals were referring to Precious Opal with play-of-color. In the early 19th century, jewelers became liable for damages to stones when making repairs or custom jewelry. Because of the difficulty in working with Precious Opals, a relatively rare and expensive stone, due to them scratching and cracking while being worked, many jewelers began reporting to their customers that the stones were unlucky to work with. This specific difficulty permeated throughout society and became misconstrued to mean that the stones themselves were unlucky.

As time went on, Queen Victoria attempted to revitalize interest in Opals by wearing an Opal broach as her dress fastener for her coronation. The pin in the broach opened and revealed more of the Queen than was proper, further enforcing the idea of the Opals as unlucky. Despite this unfortunate event, what put the last nail in the coffin were the events that plagued the royal family of Spain in the late 19th century. King Alphonso XII gave his queen an opal for a wedding present and she died 6 months later along with the queen mother, the King’s sister and his sister-in-law. The King remarried and decided to wear the Opal himself and died shortly thereafter. King Alphonso’s second wife set the Opal into a necklace and bequeathed it to a statue of the patron saint of Madrid. Although the Opal took the blame for this unfortunate series of deaths, the deaths all occurred during the summer and fall of 1885 after the royal family visited the Cholera-stricken country. Over 100,000 Spaniards died from the Great Cholera Plague in 1885. Therefore, despite the mishaps that can be had by inexperienced jewelers working with Opals or wardrobe malfunctions of royalty, Opals are not truly unlucky, but have been a convenient scapegoat since the 19th century.

In actuality Opals have always been considered symbols of beauty and benevolence. According to Leechman’s The Opal Book, the ancient author Orpheus wrote that “On Olympus the opalios, the delight of Immortals, so fair to view that is charmed the strong eye and strengthened the weak.” Opals were thought to heal ailments of the eyes, make the wearer more desirable, and invoke visions and dream quests.