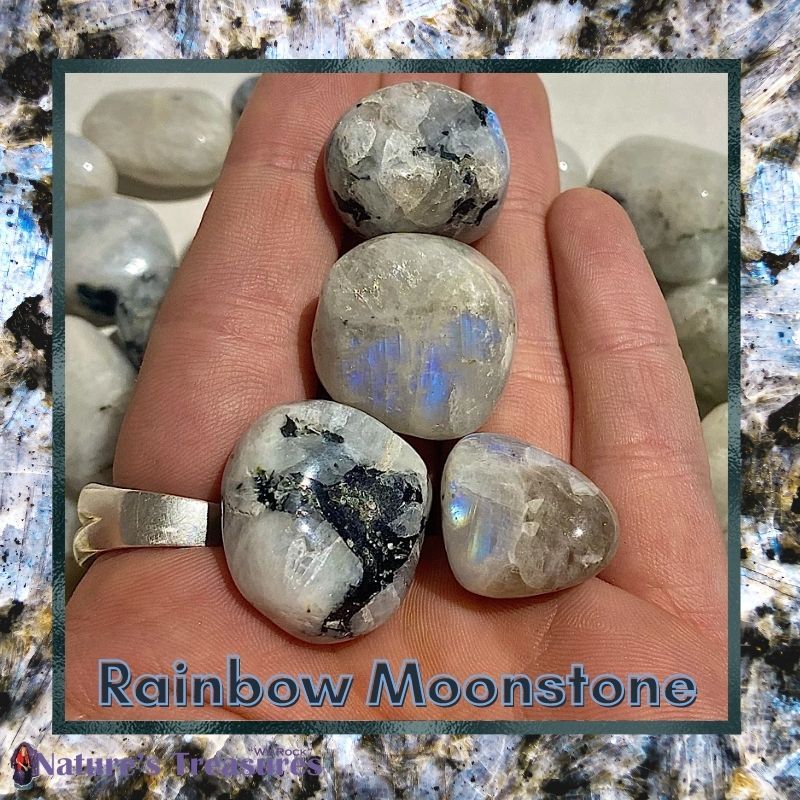 Have you ever wondered just what the difference is between Moonstone and Rainbow Moonstone? They are very closely related but they are not the same. Let’s look at the differences and similarities. 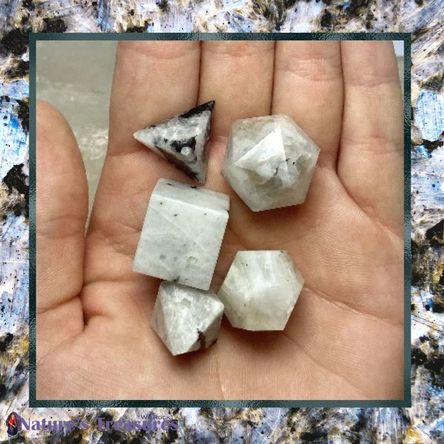 They have other similarities as well since they are so closely related. They both are a 6 on the Moh’s hardness scale and each is a member of the feldspar family. Both have a beautiful adularescence (that beautiful, shimmery chatoyancy that gives flashes of color) that is arrestingly gorgeous! In fact, they are so similar that it is considered correct to market Rainbow Moonstone as a Moonstone.

According to the GIA (Gemological Institute of America) “Rainbow Moonstone is transparent labradorite, a closely related feldspar mineral with sheen in a variety of iridescent colors. Although it’s technically not moonstone, it’s similar enough that the trade has accepted it as a gem in it’s own right.”

Rainbow Moonstone can be found all over the world but especially fine specimens come from India and Sri Lanka. Other popular mining locations include Australia, Brazil Madagascar, Mexico, Tanzania and the USA. 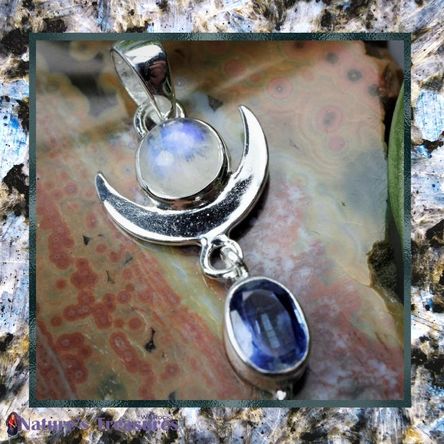 The good news is that with Rainbow Moonstone you have the best of two worlds! Essentially they carry the attributes of both Moonstone and Labradorite. This makes for a magical, mystical and powerful stone. Both are considered to be a perfect stone for the Divine Feminine but they are not just for women. This is one of those Yin Yang situations where they actually help men and women to attune to both their feminine and masculine energies. Especially Rainbow Moonstone since in some ways it actually “mimics” the Yin Yang symbol due to the black tourmaline inclusions.

These stones are excellent to align and balance the chakra’s and to cleanse the aura. Rainbow Moonstones can bring you joy, peace of mind and relief from stress and anxiety. Use your Rainbow Moonstone during meditation to help you reach your higher self or angelic realm. The Black Tourmaline will help to ground you.

If you are working on a crystal grid for healing Mother Earth you can’t ask for a better helper than Rainbow Moonstone. This stone truly connects with the earth and sky energies which helps to align and balance the two.

Rainbow Moonstones offer us protection from negative and destructive energies and stave off psychic attack. They purify our mind, body, spirit and emotions. These stones help enhance creativity, intuition and inspiration.

Rainbow Moonstone is a must have for your healing practice, sacred work space or in your personal collection. It is a beautiful and perfect stone to add to your grids. Wearing it as jewelry can bring you a sense of peace and joy while protecting you at the same time. Placing a Rainbow Moonstone Orgonite Pyramid or Sphere in your work or home environment helps to ward off negativity and chaos. This very special stone is a powerful, magical and fortuitous crystal ally for everyone.