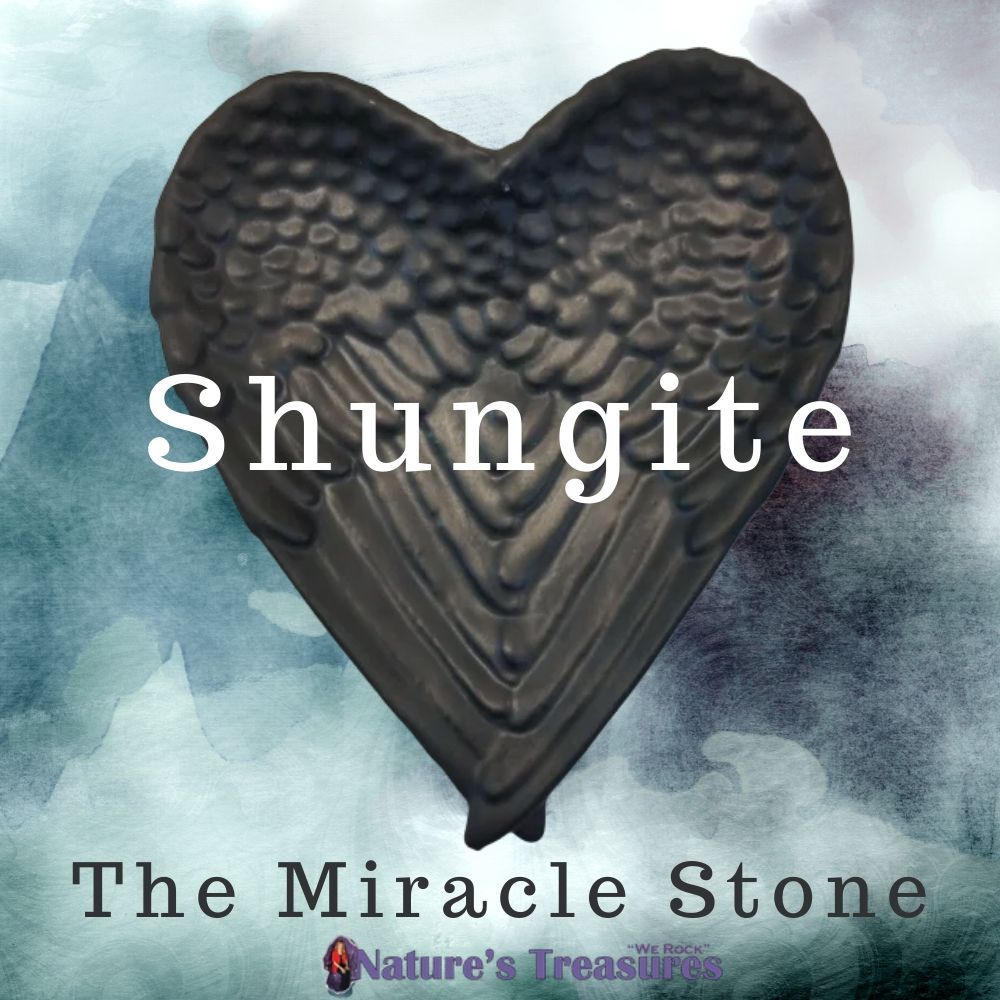 Shungite has had a lot of interest in the past several years, and for good reason! Shungite is the 2 billion year old mineral that is hailed as a modern “Miracle Stone” of the 21st century. Shungite derives its name from the Karelian village of Shun'ga where it was first discovered.

Shungite rates 3.5 on the Mohs hardness scale and is composed mainly of carbon. But, according to Judy Hall in Crystal Bible 3, “Shungite contains virtually all the minerals in the periodic table.” Further, she states “it may have been instrumental in creating life on earth.” 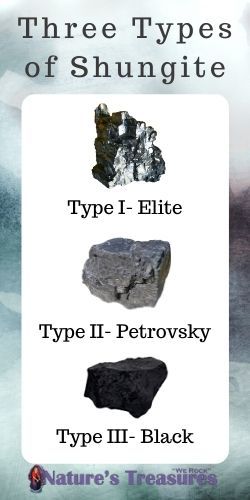 Type 1, Elite Shungite, is the rarest and purest form. Only 1% of all Shungite found is Type 1. It is a 98% organic carbon, noncrystalline, nongraphite, vitreous, with semi-metallic shiny silver-black mineral. It is sometimes also known as Noble Shungite.

Type 2, Petrovsky Shungite, is approximately 64% organic carbon, but it can range from 50% to 70%. It is gray-black and is usually the Shungite used in figurines and other objects since it is easier to shape and polish to a high shine.

Type 3, Black or Regular Shungite, is approximately 30% organic carbon but can be as high as 50%. It’s black in color.

Additionally, there is another type of stone that has even lower organic carbon percentages. These stones are known as Shungite rock.

SO, IS IT JUST COAL?

Additionally, the slow processes of petrification and the environmental conditions surrounding it created natural fullerenes, which are hollow crystalline formations of carbon molecules. Shungite is the only known natural source of C60 and C70 fullerenes. This is truly the “miracle” in the Miracle Stone.

Although high quality Shungite is widely believed to have purifying properties such as counteracting the damage done by radiation and killing viruses and bacteria, scientists are still studying how we can use such powerful material, full of potential. Current applications being studied for future use are as a superconductor for electricity, rocket fuel propulsion, and medical nanotechnology. 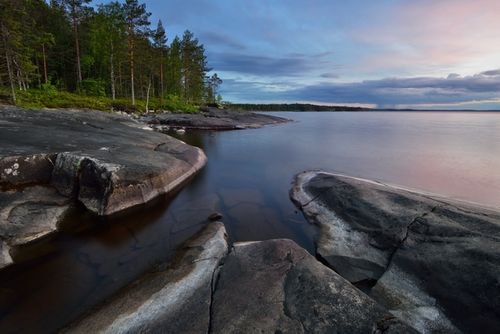 Shungite formed about 2 billion years ago in a large area of the Karelia Republic in Russia. Notably, Lake Onega is there and this is where “healing waters” spoken of in history originate from. Shungite can be found on the surface due to erosion but it is mostly found deep in the earth up to several hundred meters deep.

Regina Martino, author of Shungite Protection, Healing and Detoxification, tells us “Several archaeological digs around the lake have brought to light dwellings and sacred sites (labyrinths, sacred stones, burial sites) dating to about 6,000 BCE. Lake Onega is sacred to the Sami shamans. It's a place of power where the very pure waters are a silent witness to their private ceremonies.”

From the 14th century onward, churches and convents have been built in the area. Regina Martino states it is because “they draw benefit from the sacred sites that the ancients had chosen for their energetic properties.”

Throughout Russian history the waters of the area were renown for their healing abilities. In 1714, Peter the Great had investigations done of the “living water” spring that flowed from a shungite deposit. It was found to have extraordinary healing properties. Peter and his family visited the area many times over the years for treatments. So impressed with the healing abilities of the stone he mandated all his soldiers to carry a small piece of what was then known as ‘slate rock’ at all times and to put it in their drinking water to keep them healthy.

Interest in the stone faded after Peter the Great's death until Russian scientists started new studies in 1930 that were unfortunately discontinued due to the war. In the 1960's a major spike of interest started new studies. Studies continue to this day after the discovery of the natural fullerenes. Scientists worldwide are studying Shungite with great excitement. 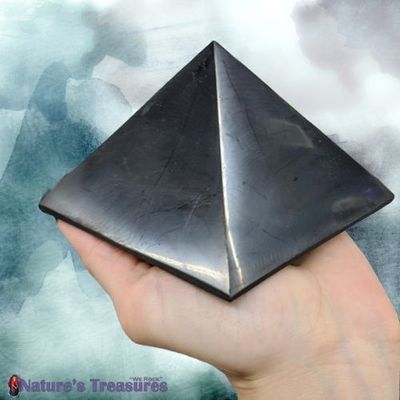 Shungite is considered to be full of health benefits due to the natural fullerenes found within it. It detoxifies, acts as an anti-inflammatory, is antibacterial and antioxidant. Shungite protects against EMF frequencies and is fantastic to have near computers. Some even sell small flat pieces specifically to attach to cell phones and laptops. Shungite is being touted as a “must have” for those suffering from electrosensitivity. It is also said to rid negative emotional patterns.

Robert Simmons in The Pocket Book of Stones says, “Shungite operates vibrationally on the molecular level freeing the atoms of ones body from their bondages to negative patterns and energies. Shungite can clear the body of dysfunctional patterns manifesting as disease, emotional difficulties or various types of negativity.” He also tells us that Shungite resonates very well and is enhanced with Healerite, Lithium Light, crystallized Lepidolite and all forms of Azeztulite.

Shungite is unassuming in appearance but packs a wallop in the healing and metaphysical world. This humble looking mineral may very well become of vast importance to humankind if the scientists are to be believed.