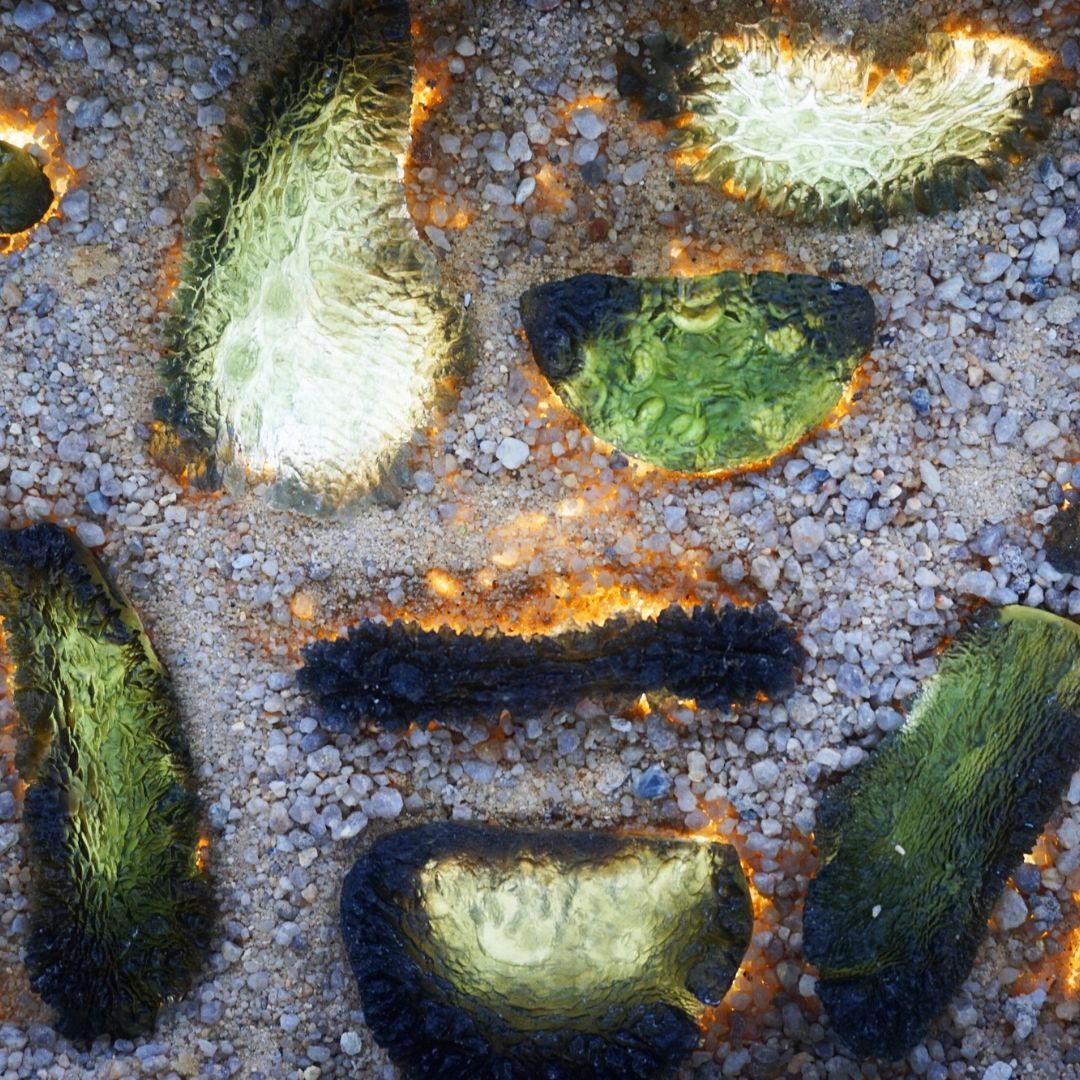 "Being made of stardust, we are much like a star. We shine with light and burn with inner fire... We don't need outside energy because we are energy" - Paramita Hazra

At one point in time the atoms that make up all celestial bodies whether stars, planets, moons or meteoroids were scattered about the universe, and the same can be said of the atoms in our own bodies. Although some molecules and chemicals are created in space, the majority of earthly materials and bodies are formed from chemical reactions that take place on earth. As the elements of the Universe coalesced, they formed molecules that combined to create all bodies (both inorganic and organic). Since the dawn of time, Earth has been struck by a multitude of celestial bodies known as meteorites. Many types of meteorites exist with varying compositions including stony meteorites, stony-iron meteorites and iron meteorites.

When a meteoroid shoots through the atmosphere and strikes the earth, the remaining pieces are known as meteorites. The impact of the meteorite is typically of such a great magnitude that the temperatures and pressures can melt the surface of the Earth and creates a new substance entirely. When the melted material gets flung into the atmosphere, it cools so quickly that new minerals and rocks do not have time to form. Instead the melt solidified into a special type of natural glass known as "tektites"! These tektites, therefore, result from a heavenly body impacting an earthly body and creating something of both worlds.

Tektites, typically dark-colored masses of homogeneous composition, resemble the shape of splashing liquid, and are rarely longer than several inches. Being a form of glass, most tektites have a hardness of 5.5 out of 10 on the Mohs Hardness Scale. Due to how they're formed tektites have been discovered on almost every continent and there is more than just one kind, but each variety is limited to its own region (the impact fallout zone). Although many tektites have a plain black opaque appearance, a few rarer tektites can be golden (Libyan Glass), green (Moldavite), and according to some reddish violet (Saffordite aka Cintamani Stone) although the origin of the last one is still hotly debated.

Tektites have among the highest frequencies on Earth due to their celestial origins. Many are known to increase psychic awareness! All tektites are known for their ability to create life changes because of the transformative “experience” they had during their creation. However, this can be said to be especially true in the case of the mysteriously green colored Moldavite. Moldavite will put the person working with it into direct contact with their higher self which can be spiritual overload for some as it requires introspection to overcome our own shadows. As one of the most effective stones of transformation, Moldavite has quickly become the best known and most sought after of the tektites.

Another, more obscure tektite is Libyan Glass, a translucent, yellow material believed to have formed from a meteorite impact with silica rich sediments such as sand. This stone is unusual in the fact that there has never been any evidence of a meteor impact in the location of the Libyan Glass. The only direct evidence of a meteor impact is the Libyan Glass itself. Some theories about the lost crater include that due to plate tectonics and erosion the crater has been “recycled” or that impact with sediments resulted in the crater filling in soon after impact. Aside from its bizarre and mysterious origins, many people are fond of using this stone for healing purposes. Libyan Glass is known to be a very high energy stone, but with calming effects and a direct effect on the solar plexus chakra.

Other tektites include the Darwin Tektite (brownish gray material from Northern Australia), Indo-China Tektites (usually opaque black tektites from China), and even Bediasite Texas Tektites (small opaque black tektites found out towards College Station). These tektites may have lower vibrations than the aforementioned varieties but are still high vibrational stones that teach transformation but provide a more grounded energy to make the process more manageable.

Just as everything around us is formed of atoms that have been brought together, so too were tektites formed from the merging of a celestial body with Earth. From this transformative origin, tektites of every kind aide in our own personal transformations. So do your research because you might find a tektite that could change your spiritual journey for the better! 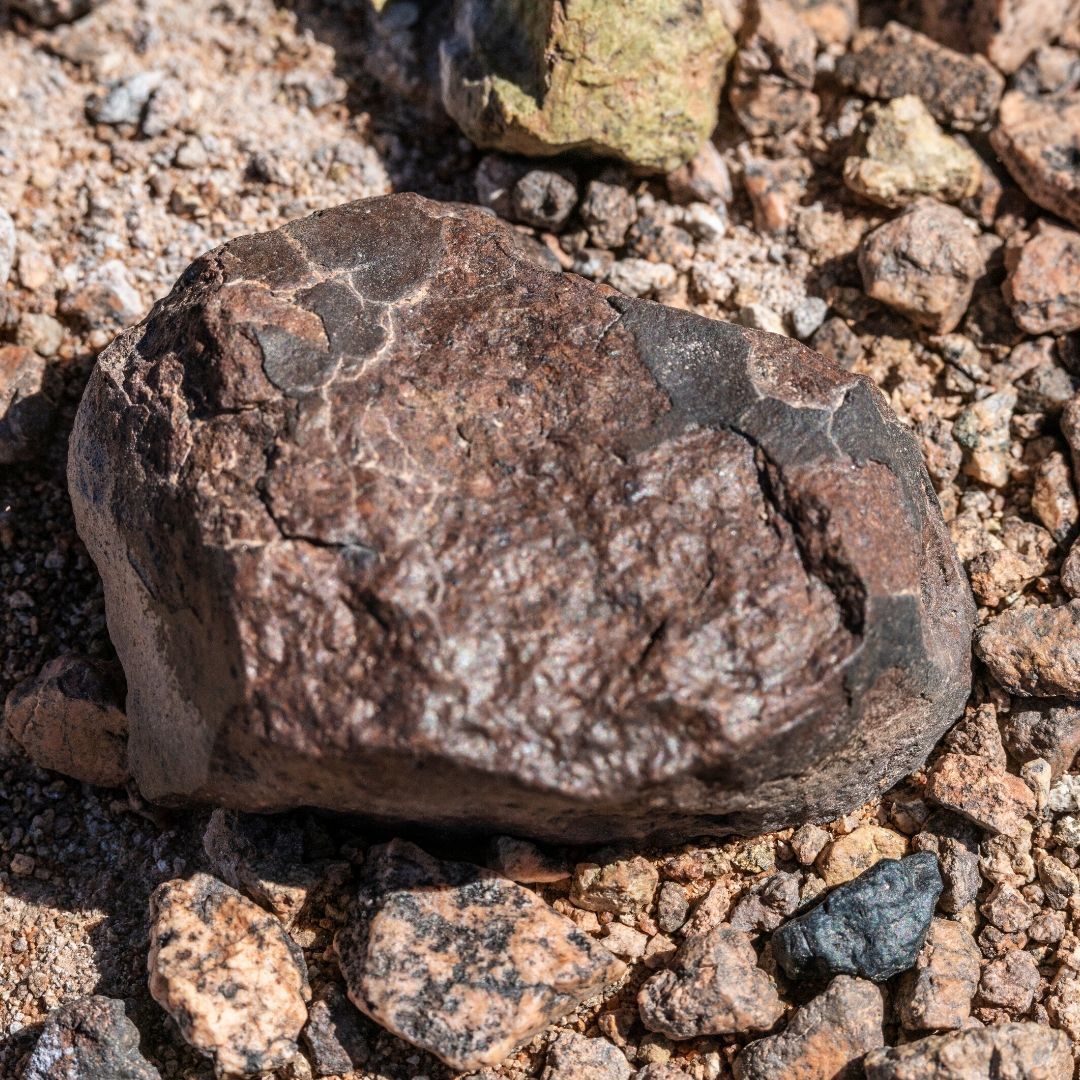 Rockhounds can find tektites in many locations!