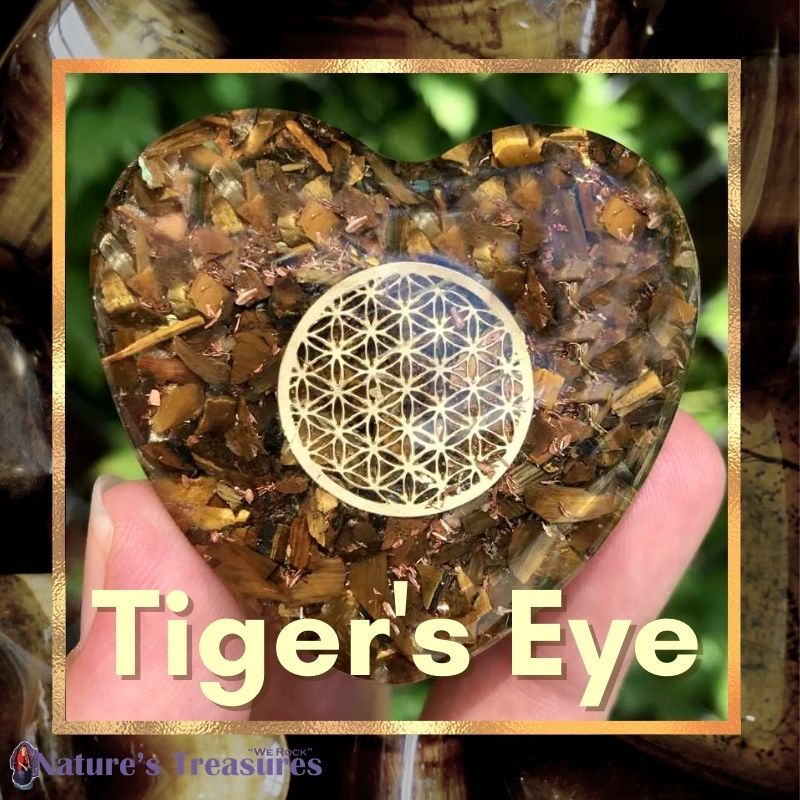 Tiger’s Eye comes in a variety of colors but this month's focus is on Golden Tiger’s Eye. Tiger’s Eye is considered to be a stone of power and thus was named after the extremely powerful tiger, “king of the animal realm”. 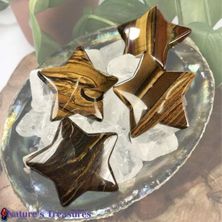 Tiger's Eye is from the macrocrystalline Quartz family and is noted for its beautiful chatoyancy. Chatoyancy makes it look like a cats eye with its fluidity of “movement” that reflects the light. Its chemical formula is SiO2 (Silicon Dioxide) and it is of the Hexagonal (Trigonal) crystal system. Tiger Eye ranks 6.5 to 7 on the Moh’s scale of hardness. Its coloring is a beautiful yellow-gold to golden brown banding that seemingly shimmers. 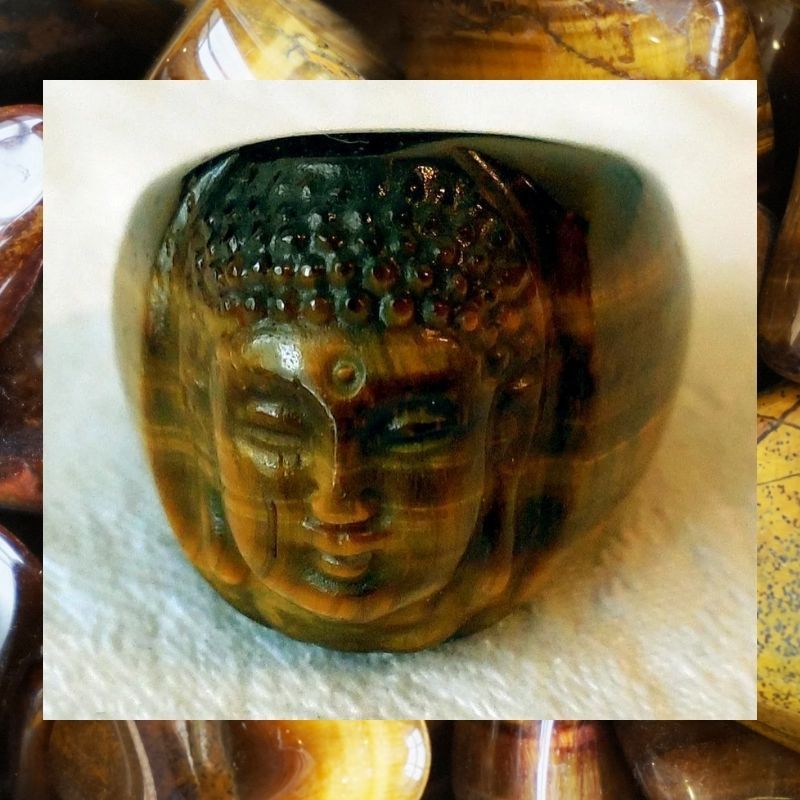 Tiger’s Eye was known and revered by ancient cultures. In the Oriental culture this stone was linked with tigers due to its beautiful cat-eye like appearance, and they believed it gave the owner the strength and power of this noble cat. It was used for good luck, protection and was thought to attract abundance. To this day it is still considered one of the stones of abundance. It was also thought to restore and balance one's yin yang energies.

The Egyptians placed Tiger’s Eye as the eyes in statues. It was considered to be an “all-seeing” stone and was used to denote the vision of divinity. Egyptians associated this stone with Ra, the Sun God, and Geb, God of the Growing Land. This made for a powerful protective combination of Heaven and Earth.

Roman soldiers wore Tiger’s Eye into battle with the belief that it increased their bravery and helped to deflect their enemies weapons. Protection, power and luck were core values attributed to Tiger’s Eye.

In all cultures Tiger’s Eye was thought to ward off “evil eye” and other curses. It was believed to provide a potent protection by deflecting negative psychic energies. This stone is considered to be a stone of good fortune and is highly coveted. It was thought holding it could help you recognize deception.

Some believe that it may be what was known as the “Wolf Stone” and “Oculus Belus” which was dedicated to the “all-seeing” Mesopotamian God, Belus or Bel Marduk.

Some other deities associated with Tiger’s Eye are: Sekhmet, Egyptian War Goddess; Freya, Norse Goddess of Love and Beauty; Bastet, Egyptian Goddess of Protection, Home and Childbirth. Other names Bastet goes by are: Goddess of the Rising Sun and the Sacred or All Seeing Eye.

Tiger’s Eye (also known as Tiger Eye) is beneficial to the root, sacral and solar plexus chakras. In some instances you can also connect it to the crown chakra as well. This stone is thought to bring together the energies of the sun and earth. The brown coloration is extremely earthy and grounding and the yellow to golden coloration is that of the sun. This makes it a wonderful tool in your meditation practice. Tiger’s Eye will keep you grounded yet let you soar heavenward and is a very protective stone for astral travel. It gently brings you back to earth and helps you retain the knowledge you found during your meditative state or travels.

Physically, Tiger’s Eye is very good for the eyesight, throat, digestive system, reproductive system and is said to enhance the healing of broken bones. It is also a stone of clarity, helping to organize and act upon your thoughts. The stone is one of integrity, helping you to discern what you need as opposed to what you want . Tiger's Eye guides the way to attainment of wishes and desires that is beneficial for everyone involved. Tiger’s Eye is thought to be a stone of “higher good for all.”

Tiger’s Eye is thought to help those with self esteem issues, depression, anxiety. It assists with balancing and harmonizing both brain hemispheres. Additionally, it is a stone of intuition and psychic awakening. It is said to be useful in overcoming creative blocks, nurturing talents and strengthening the will. It is believed to fortify the blood and immune system. If you are working on addictions, Tiger’s Eye is one to add to your arsenal.

Tiger’s Eye is a much beloved and highly regarded stone of protection and is a must have for your sacred space or altar. The beauty and power of this stone can raise your spirits and keep negative energy from entering your personal zone. You cannot go wrong by surrounding yourself with tumbled stones, hearts, eggs or wands. Wear Tiger’s Eye jewelry for that extra layer of protection throughout your day. Treat your hard working Tiger’s Eye gently and cleanse it with your preferred method regularly to keep its powerful energy flowing.