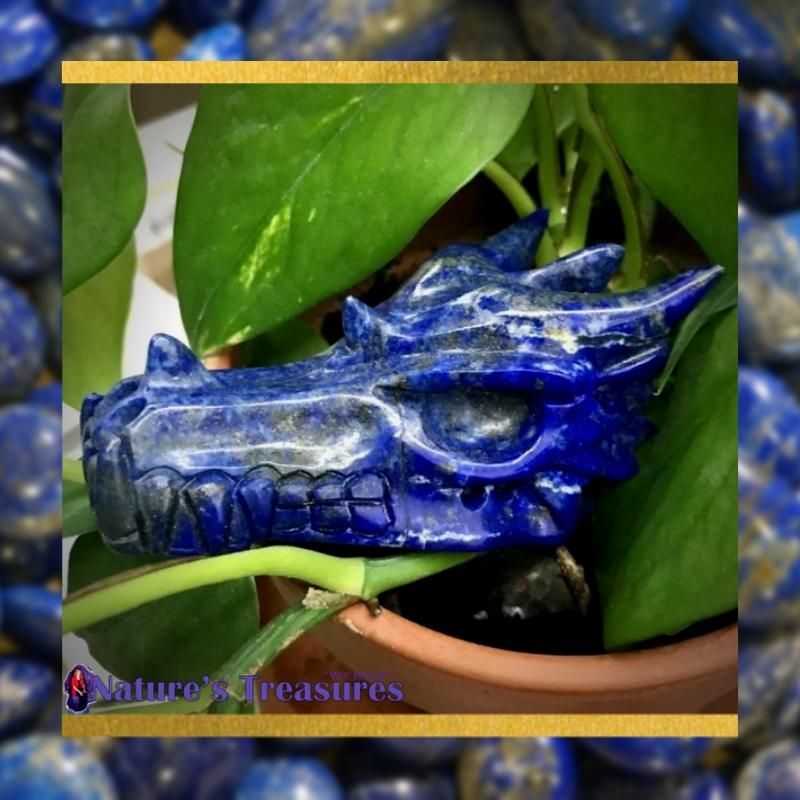 One of the most beautiful and highly sought after stones in history is Lapis Lazuli. It is considered to be one of the most ancient of all stones. Melody, author of Love Is in the Earth, believed Lapis Lazuli to have “been in existence before time was born". This prized stone from time immemorial has been loved by many, from ancient cultures to modern day crystal healing mavens.

It's interesting to note this revered and sacred stone is actually not considered to be a mineral in itself. Lapis Lazuli is a blue metamorphic rock composed of many minerals. Peer into the depths of this stone, feel its energy and it doesn't matter that it is many minerals. Those minerals formed one of the most beautiful and treasured stones in history.

In order for a stone to be categorized as Lapis Lazuli, the stone must be blue and contain at least 25% blue Lazurite. Lapis that has dark blue coloring is considered to be the most valuable. The white mottling that is often found in Lapis Lazuli is Calcite and the eye-catching metallic streaks and flecks are Pyrite. Some of the other minerals commonly found in Lapis Lazuli are: Dolomite, Mica, Sodalite, Feldspar, and Diopside.

Lapis Lazuli is mined in Afghanistan, Argentina, Burma, Canada, Chile, India, Italy, Siberia, Russia, and California, Colorado and Arizona in the United States. The leading source, and the finest quality, comes from the Afghanistan mines that have existed for around 6,000 years. 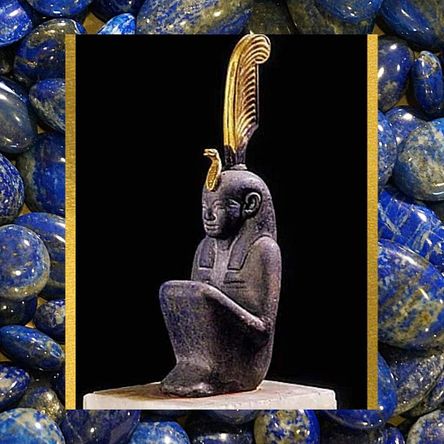 Lapis Lazuli was called Sapphirus by the Ancient Greeks and Romans. During biblical times Sapphire was used as a name for Lapis Lazuli. Modern scholars believe that many of the biblical references to Sapphire may actually have been Lapis Lazuli. It is also believed to be the fifth stone in the high priest, Aaron's breastplate. Legend says King Solomon was given a Lapis Lazuli ring by an angel of the Lord. Buddhists found it to be a stone of freedom from negativity and a stone to bring inner peace.

In the Middle Ages this rock became known as Lapis Lazuli-- Latin for blue stone. This was derived from the word lazhumet, the ancient Persian word for blue.

During the 16th century, Albertus Magnus in The Book of Secrets described Lapis as “like the color of heaven and there is within it little bodies of gold”. Others have likened it to a beautiful dark blue sky with golden stars shining. People found the color so beautiful that the ultramarine pigment favored by Renaissance painters was made from ground Lapis Lazuli. One of those Renaissance painters, Michelangelo, created one of the best examples of the use of paint made with Lapis in the Sistine Chapel.

Long before the Renaissance artists, Egyptians made much use of Lapis. They ground Lapis Lazuli into a fine powder and used it as eye shadow. Egyptian royalty and their priests dyed their clothing with it. King Tutankhamen's sarcophagus was heavily inlaid with Lapis and found repeatedly in burial ornaments of other Egyptian Pharaoh’s and their Queens. Egyptian Chief Justices and High Priests wore amulets made of Lapis of the Goddess of Truth, Maat, around their necks on gold chains. It is probably from this association with Ma'at that Lapis Lazuli first became known as the Stone of Truth.

Even further back in history, an early Sumerian myth has the Goddess Inanna traveling into the Underworld carrying Lapis Lazuli rods to measure the time and length of a persons life. Ancient Sumer revered Lapis Lazuli believing the stone carried the Soul of Gods. In northern Mesopotamia the old Assyrian moon god, Sin, was usually depicted with a long beard of Lapis Lazuli. 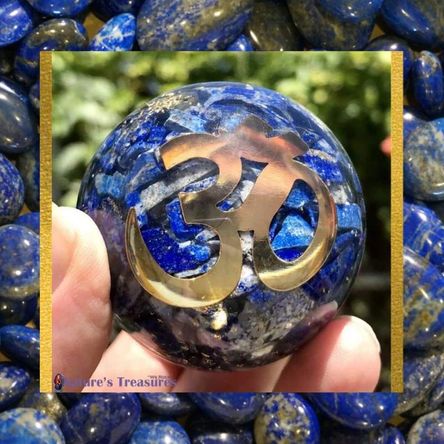 Lapis Lazuli is considered to be one of the oldest healing stones used by healers. Melody calls Lapis Lazuli a “stone of total awareness” because it helps one to increase intellectual capacity and expands intuitive and psychic awareness. It is said to assist in attuning oneself to the perfect self and help one to evolve and unify with the Universe. Additionally, it is wonderful for balancing yin yang energy.

Lapis Lazuli is one of the preferred stones to protect you from psychic attack as well as physical danger. Work with Lapis Lazuli to contact your guardian spirits. Judy Hall, author of The Crystal Bible, calls Lapis “the key to spiritual attainment”. It is said to help you find your inner truth and amplify your thoughts. In The Book of Stones, Robert Simmons informs us that Lapis Lazuli is a stone of royalty, stone of truth, and stone of spirituality. 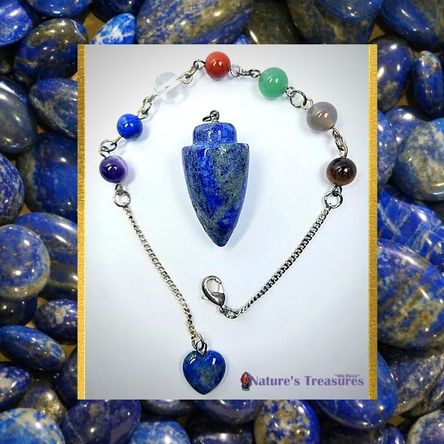 HOW TO USE LAPIS LAZULI

We have a wonderful selection of Lapis Lazuli to assist you on your life's journey. Why not try a Lapis pendulum to get the truth to your questions? You can also try a tumbled stone for your pocket or a lovely piece of jewelry to wear to increase your intuition and heighten spiritual experiences.

Other suggestions: Pyramids are always a powerful tool for your collection or sacred space and they are known to amplify the energy of the stone. Want something truly beautiful and fun, how about a dragon skull or bird skull carving from the amazing Lapis Lazuli stone? To soothe your muscles and help you “feel better”, try the massage wand. We also have orgonite spheres, hearts and pyramids made of Lapis Lazuli with a variety of sacred symbols on them to help protect yourself and loved ones from harmful EMFs. Last but not least, gift an absolutely beautiful double heart carving sure to delight the eyes, heart, and soul of your true love.