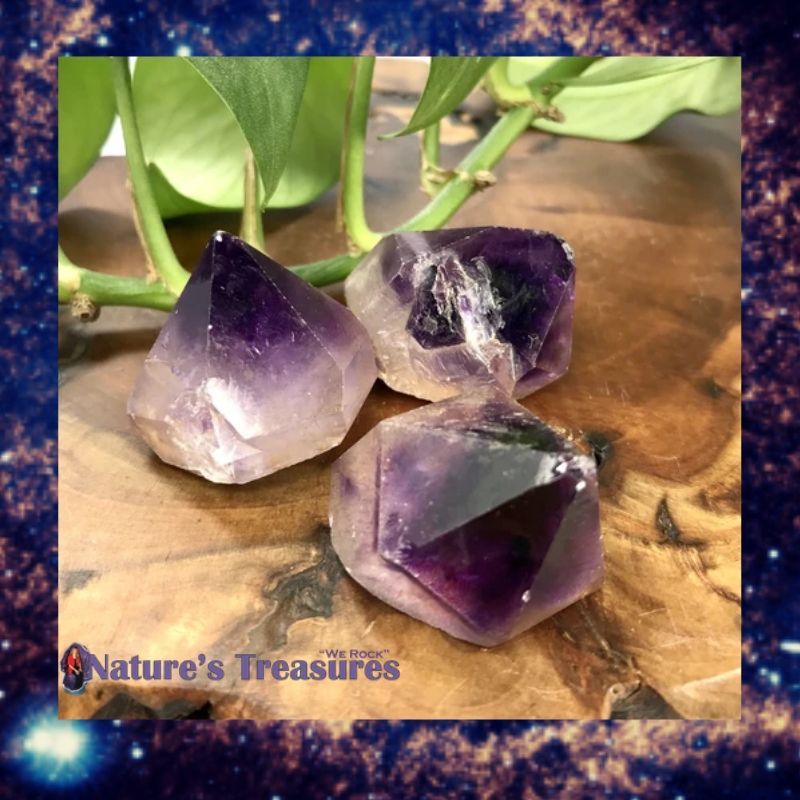 A recent post on our Facebook page stirred up quite a bit of interest over the rare and beautiful Sirius Amethyst, its history, qualities, and healing properties. After a bit of digging, we found and resurrected this previously published article from the vault of our Treasure Tome blog posts.

As usual, the Universe has perfect timing as the Dog Days of Summer are upon us, which is the hottest time of the year. The reason why this time period is called this is because it coincided when Sirius the Dog Star rose and set with the Sun. Sirius was very important to the Egyptians and other early cultures (for both timekeeping and myth) and continues to be the brightest star in Earth's sky today.

That said, I can think of no better way to honor this natural cycle of Summer and revered star from the constellation Canis Major than put up an article about a very special amethyst crystal that was named after it. Michael J. Kallstrom's article "Seriously Sirius Amethyst" follows below. 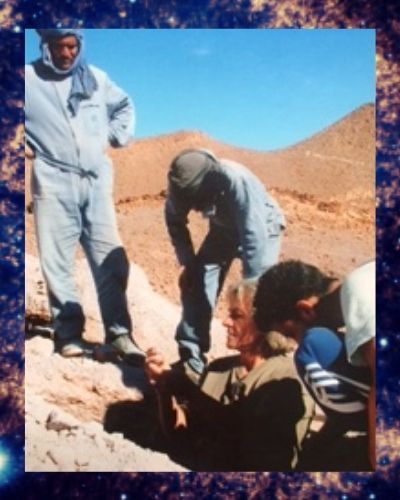 Although originally discovered in Boudi, Morocco by local villagers in 1990, Sirius Amethyst was not mined or distributed internationally until 2007 (1) when Nature’s Treasures received the first batch of Sirius Amethyst in buckets sent directly from the mine by Zee Haag.

When the amethysts arrived, they had not yet been named. Nature’s Treasures owner, Karen Richards, and miner, Zee Haag, each asked for guidance as to what to name the gem before sleeping on it. In her waking moments, the name “Sirius” entered Karen’s mind. Believing this to be a message from Spirit, the name Sirius Amethyst was born to describe the mostly double-terminated amethyst phantoms encased in clear quartz with pink hematite (1) inclusions.

The hematite inclusions are concentrated in the clear quartz and actually appear to be pseudomorphs after preexisting goethite. Between 2008 and 2015, these mineral inclusions were believed to be lepidochrosite. The amethyst itself has a bluish fire to it as opposed to the normal reddish-violet fire found in most amethyst. 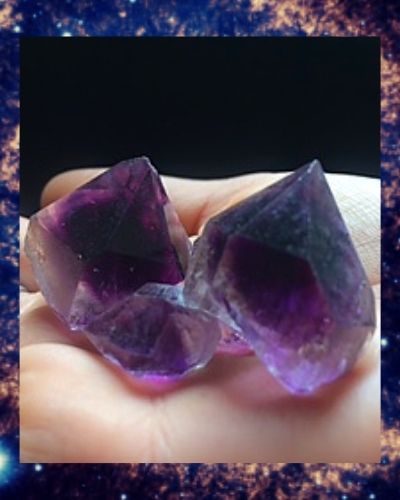 As the owner and employees of Nature’s Treasures meditated with the stone, the general consensus was that Sirius Amethyst attuned itself with the Third Eye, heightening intuition and insight. When placed on the forehead, blue flashes were experienced by many of the employees indicating an opening of the Third Eye.

In 2008 Larry Coyote blogged about Sirius Amethyst, describing its properties in greater detail. In addition to opening the Third Eye and Crown Chakras, Sirius Amethyst was reported to aid tremendously in past life recall as well as helping one understand their life missions. Furthermore, Sirius Amethyst was said to help alleviate addictions of every kind and restructure one’s life and genes (2), making it a major tool for spiritual, mental and physical healing. 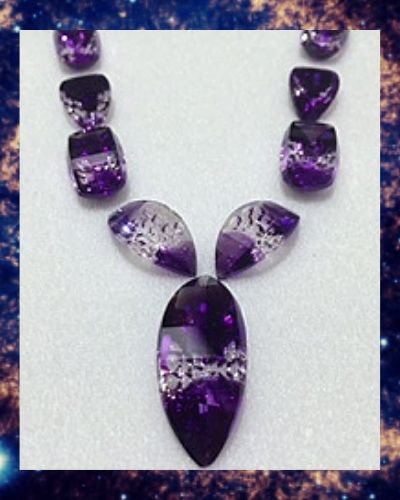 Being the first gem quality discovery in the Boudi-area, Sirius Amethyst stimulated the local economy by providing jobs and resources previously unavailable to local villagers. As this material made its way into the global market it became sought after for its unique hour-glass amethyst phantoms and luscious red inclusions for use in jewelry. When fully saturated, Sirius Amethyst offers a unique hue for faceted stones as well.